Central bank digital currencies (CBDCs) are digital forms of government-issued money. They are designed to co-exist with, and complement, existing fiat currencies. A CBDC is always backed by the issuing central bank and can be used by the general public for everyday transactions, such as purchasing goods and services or transferring money between accounts. Central banks are researching CBDCs in order to understand how they could potentially improve the efficiency of financial markets and reduce costs for consumers and businesses. However, no CBDC has been launched yet, and it remains to be seen whether or not they will ultimately be adopted on a widespread basis. Nevertheless, the development of CBDCs is an exciting area of research that could have far-reaching implications for the global economy.

How could CBDCs benefit consumers and businesses

CBDCs have the potential to bring several benefits to both consumers and businesses. For consumers, CBDCs could offer a more convenient and affordable way to make payments. With CBDCs, there would be no need to carry cash or use traditional banking services. Instead, payments could be made directly from a mobile phone or other digital devices. For businesses, CBDCs could help to reduce costs and improve efficiency. For example, businesses would no longer need to manage multiple bank accounts or process paper-based invoices. In addition, CBDCs could help to reduce fraud and increase transparency in supply chains. Ultimately, CBDCs have the potential to provide significant benefits for both consumers and businesses.

Would CBDCs replace traditional currencies, or would they exist alongside them

Central bank digital currencies have the potential to upend the global financial system as we know it. Unlike traditional fiat currencies, which are issued by central banks and backed by governments, CBDCs would be digital tokens that exist on a decentralized ledger, such as a blockchain. This could potentially give rise to a new breed of currency that is not subject to the same restrictions as traditional fiat currencies. While it is still too early to say definitively whether CBDCs will replace traditional currencies or coexist alongside them, it is clear that they have the potential to redefine the way we think about money. Only time will tell what role CBDCs will ultimately play in the global economy.

Are there any potential risks associated with CBDCs

Central bank digital currencies have the potential to revolutionize the global economy. By allowing for near-instantaneous transfers of value between Central Banks and commercial banks, they could make cross-border payments vastly more efficient. However, some experts have raised concerns about the potential risks associated with CBDCs. One worry is that CBDCs could destabilize the global financial system if they were used excessively. Another concern is that CBDCs could be used by criminals to launder money or finance illicit activities. However, it is important to note that these risks are largely theoretical at this point, and it remains to be seen how well Central Banks will be able to manage them in practice. Overall, while there are some potential risks associated with CBDCs, the potential benefits appear to outweigh them.

CBDCs, are a hot topic in the world of finance. Countries like China and Japan are already exploring the possibility of issuing their own digital currencies, and it is only a matter of time before other countries follow suit. There are many advantages to issuing CBDCs, including increased security and efficiency. However, some risks need to be considered. For example, if central banks lose control of the money supply, inflation could spiral out of control. Nevertheless, it is clear that CBDCs are the future of money, and they will likely be introduced in the near future.

CBDCs are designed to provide the same level of security and stability as traditional fiat currencies, but with the added benefits of being more efficient and easy to use. One of the major benefits of using a CBDC is that it can help to reduce the cost of transactions. They are also less likely to be subject to fraudulent activities, such as money laundering or terrorist financing. In addition, CBDCs have the potential to provide a wider range of features and functionality than traditional fiat currencies. For example, CBDCs could allow for instant settlement of payments, or provide users with the ability to earn interest on their holdings. Ultimately, the use of CBDCs has the potential to greatly improve the efficiency and stability of the global financial system. The Future of CRM in eCommerce Business Commercial Storage Solutions for Your Business 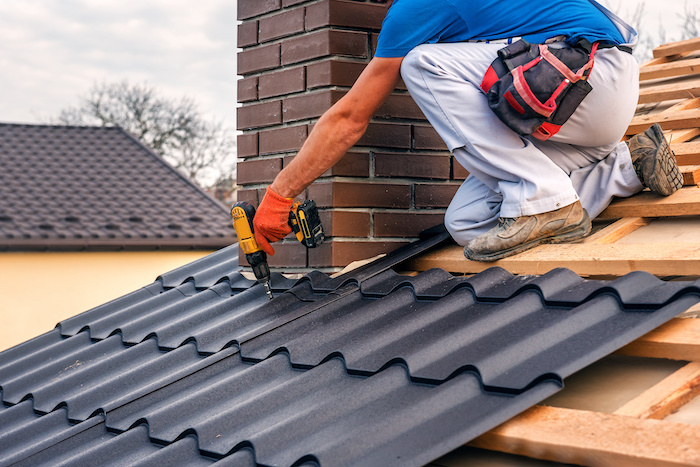 How to Choose the Right Roofing System for Your Home