If you are a new learner and have been playing guitar for quite some time, you probably know the basic parts of a guitar and what is used for what. It is never too late to learn after all! In this article, we’ll be talking about the 7 string guitar nut. Seven-string guitars are astounding instruments which come with a large amount of diversity, expression and variety.  However, there are also certain difficulties that come with making a seven-string guitar, both from the perspective of the manufacturer and the musician.

A single addition of string not only extends the instrument’s string length but it is something that makes the instrument wholly distinctive and unique in its own. One should just consider a seven-string guitar as an additional type of guitar or another version of a guitar.  As it is a one of a kind instrument, it also comes with different challenges and difficulties. One of the difficulties may be the width of the guitar’s neck. A 7 string guitar nut width is expected to be somewhere between 47 and 48 millimeters.

WHAT IS A NUT WIDTH IN A GUITAR?

A nut is basically the tiny piece of plastic, metal or composite that’s right below your headstock. We will take a closer look at the nut width and how it enhances or affects your music. The guitar’s nut is a very simple thing yet without it you can play no guitar. It is an essential thing in a guitar. The nut on a guitar works as a separation between the head and the neck. Before the strings descend the fretboard, the nut maintains them in position. A 7 string guitar nut width is essentially the place where a guitar’s main action is defined. The nut cannot be adjusted like the other parts of the guitar. You might think that the guitar’s nut is an unimportant place but that’s so not true. You are likely to encounter various problems such as strings slipping out of place, buzzing in the tune or even rattling if you have a faulty but width. A faulty nut can also cause damage to the fret. Small variations in nut widths can have a big impact on guitar players. String spacing is also influenced by nut width because it is determined by the neck. The amount of room on the nut itself will determine how much space you have between each string of your instrument.

The nut widths can be anywhere in the upper 40s to the low 50s in millimeters. You will have more room to move around if you have a larger nut width. I am a six string guitar player, for me this was a difficult transition. Having extra space between the strings allows them to vibrate more freely when they are loosened without colliding with one another. A little more separation can also make it easier to finger the odd chords that come up in jazz and metal from time to time. However it can also be very awkward and tough having a larger nut which will not be appreciated by everyone. It gets difficult to work with capos with an oversized nut width.

The average nut width should be somewhere around 47-48 millimeters. If you don’t downtune too much, you can expect minimum collision among the strings. You will be slightly uncomfortable holding the chords with a standard nut width and string spacing. A 7 string guitar nut width is uncomfortable to handle for six string players.

A small nut width can be as low as 42 millimeters. Guitars with smaller nuts are the most comfortable for guitar players. You don’t need to overextend your fingers and hands uncomfortably for chords. Although, it comes with some drawbacks. A smaller but means minimal spacing between the strings which means maximum string collision. But when you are downturning your guitar, you will face this problem even more. You will be more likely to hit the wrong strings when you have less space. This can be very tiring but can definitely be overcome with practice.

The most basic tuning for a seven-string guitar is B-E-A-D-G-B-E. For an eight-string it’s also the same usually but with the lowest string is tuned to F#. Some even prefer to tune the lowest string to A. Instruments with longer scales and/or heavier strings, for example, may be tuned down by a whole step, or they may be designed as baritone instruments with heavier string gauges that are better suited to chords and riffs than solos and bent notes.

So far you have understood how important nut width is in a guitar. However, the nut width is more-or-less standardized. It varies from various guitar companies but every guitar player has a basic idea of the spacing and width. 7 string guitar nut width can often be bigger or smaller than you would want it and it can be a problem. There are different kinds of guitars with different sizes of nut width out there. You can also find 7 string guitar nut width according to your preferred nut width size with some research. Extremely large nut width will only mean awkward holding a guitar and struggling to play chords or notes. On the other end of the spectrum, you will have a guitar that is virtually impossible to down-tune, which is something that many seven-string players will not enjoy. It also means your strings will be nothing but just about stacked on top of one another.

Most people would want a 7 string guitar nut width to be around 47-48mm. But that varies from every individual.

I hope you found all the information you needed about 7 string guitar nut width and found this article helpful. 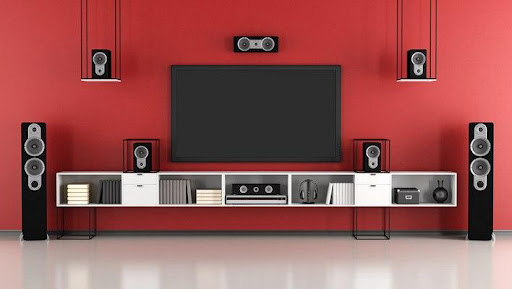 Why Does My home stereo cut out? – Causes And Solution