It is not easy to produce such music, which is engaging and provides endless fun to listeners. However, a person who can skillfully do this task is the producer. A producer can make music successful and can destroy the whole production. Commonly, we can say that a producer is the mastermind behind the music and have a good status in the whole production team.

This article contains everything about “What do music producers do.” So if you are looking to identify the responsibilities and tasks of a producer then you can head into this article.

What is a Music producer?

A music producer is a person who plays a vital part in music production. He works from song making to song recording. A producer is determined to ensure that the entire product at the end of production is good and well produced. A producer plays a part as an adviser and mentor of the artist and the whole production team.

In addition, a producer recognizes every way by using which they can produce good music. In simple, we can say that a producer plays a role as a backbone or base in the entire production team to manage everything related to management.

What do music producers do?

If you want to know the role and duties of a producer then you are in right place. Here, we will specify the producer’s roles.

A producer does several things to make music. He played a role behind the camera or scene but his role is very important to the production team. A producer plays multiple tasks but some of them are mentioned below:

When we listen to music, we think that it is the only accomplishment of an artist or singer. However, we forget the entire team that plays the role behind. The producer is the head of the entire production team because it is his/her duty to give roles to others and specify everything related to the music project.

He manages everything and plays the role of management head. It is hard for someone to hold numerous duties but a producer holds to make a wonderful production.

The major duty of the producer is to set a schedule to manage everything related to project production. He/she set the timetable and the whole agenda for the recordings. Simply, he directs the entire production team and tells everybody’s duties to them.

The producer is determined and skilled in making a good production.

A skilled producer is capable of producing a good product because of a low cost. For the whole production, a skillful producer is good. He ensures that the project is completed on time and within the budget that is set for the project.

One of the major things that a producer does is plan the music production. He takes fresh material from the singer or artist and then modifies it into proper music and recording. In addition, he ensures that the whole production is best after recording.

In general, a producer is a person who set the frame of the entire project, depicts it to the community, and ensures the product is good and engaging.

A producer must be aware to recognize and produce a wonderful performance. He ensures that the entire performance is the best and most engaging. It is the main role of a producer.

He guides the artist on how to perform the music live, and tells him the way to engage people and put soul into the music. He manages the event and everything related to the event and performance.

A producer’s major role is to guide everybody in the production team. He mentors the artist to perform and guides everyone about his or her roles and duties.

He manages the whole production process by defining jobs and duties for everyone. He is responsible for mentoring everyone in the production team.

One of the major tasks of a producer is to maintain the working environment. A skillful producer should maintain a balanced environment in which team members feel free and work by their hearts. In a free and independent environment, he should balance work and play for their members to engage with their work.

The major aim to maintain a working environment is to show the team member that they are free to do anything but ensure that they do anything related to work. A producer should take opinions from everyone because it can give them a unique idea or way to complete the project.

A producer also plays a part as a recording manager in the production process. He is determined to make a good product. He deals with every mechanical issue during production. He also deals with the modification of tracks, mixing of tracks, and music propagation.

In addition, a producer also deals with the instrumental needs to make music better.

Another major part that a producer does is the music director. He directed artists to play and manage music for performance. He identified the issues related to music production and he is capable of solving the issues.

A producer as a director is capable of producing wonderful music with the collaboration of the entire production team.

A producer can also play a part as an instrumentalist. He plays instruments when he feels a need for them. He plays the vocal part of the track.

A major part of the producer’s responsibilities is to remix and modify the music. He takes some parts from music recordings and makes unique music.

A music producer plays multiple roles in the production of music. Some of the general roles of a producer are mentioned below:

How does a music producer produce music?

A music producer gives the idea to an artist to produce a unique track of music. He makes struggles to complete the song recording. The procedure to produce music is mentioned below:

When a producer thinks to produce music, he thinks of ideas. He collects ideas to make his music track unique and engaging. He thinks about the song to produce and the instruments needed for music production. A producer determines all the requirements for creation like instruments and team management. He also decided who play the instruments. The whole control is in the hands of the producer.

What skills do you need to be a music producer?

Music Producers play a vital part in the entire production. If you are looking for a producer then you can consider   Raz Klinghoffer. He is one of the best producers who worked with great experience and skills in this field. I hope the information mentioned here will be sufficient for you. 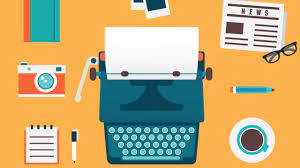 Writers for your articles: 3 essential points to choose them well The Great Wisdom for Motivation How to Look for the Perfect Furniture That Fits Your Budget Dog Obedience Training: Tips to Get Started and Succeed