The DisplayPort 2.1 connector has an 80  maximum bandwidth to support better resolutions and refresh rates.

Depending on the transmission mode, a maximum bandwidth of up to 80 Gbps  is supported by the DisplayPort interface version 2.1. It supports the baseline DSC and MST standards and is backward compatible with the prior DisplayPort standards.

We’re going to need a video interface that can keep up with all that, preferably without compressions, as newer monitors continue to have higher and higher refresh rates and resolutions in addition to faster graphics cards and CPUs. 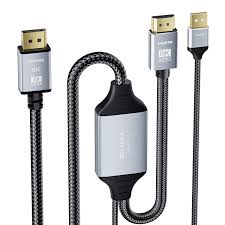 This is where DisplayPort 2.1 comes into play.

The DisplayPort 2.0 standard has been replaced with the more recent DisplayPort 2.1 standard. The result is that all prior DP 2.0 devices are now also DP 2.1 approved.

Considering that DisplayPort 1.4 & HDMI 2.1 can now support very high resolutions and frame rates thanks to DSC, when will we be able to fully utilise DisplayPort 2.1? (Display Stream Compression)

Can we make full use of DisplayPort 2.1?

DisplayPort 2.1 can triple the data rate of DisplayPort 1.4 depending on the transmission mode it uses.

The greatest HBR3 (High Bit Rate) output mode’s maximum bandwidth for DP 1.4 is 32.40 Gbps , or a been within Gbps rate.

As you can see, DP 2.1 is more efficient in terms of real data rate and maximum bandwidth utilisation due to its 128b/323b encoding: 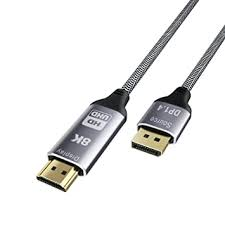 A device must have DSC and at least one of the following three features in order to have “DisplayPort 2.1“

This can be quite deceptive because it implies that a DP 2.1 gadget might not always support UHBR and instead be constrained to a bandwidth of HBR3. Therefore, whenever DP 2.1 devices become available, you’ll need to pay close attention to their modes of transmission, which the manufacturers should make clear.

Regrettably, HDMI 2.1 suffers from the same problem because of its various fixed rate links (FRL) rates, which range from FRL1 with 9  to FRL6 with 48 .

Even the DisplayPort 1.4 specification can be deceptive because some monitor manufacturers advertise their displays as having DP 1.4 because they offer HDR (which DP 1.2 does not), despite the fact that they are only HBR2 bandwidth capable (21.6  or 17.28  data rate).

Even though it is advertised to have DP 1.4, you would ultimately obtain a 1440p 144Hz+ display that’s also limited to 120Hz and has 10-bit colour depth, as was the situation with the Acer XV272UP. Fortunately, several manufacturers specify that these monitors are “DP 1.2 + HDR. 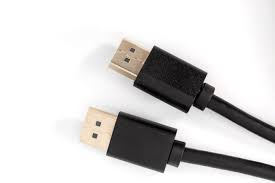 You must rely on the provided bandwidth capacity because the Dp symbol for DP 2.1 devices is the same as it was for earlier ones

The only distinction between full-sized DisplayPort and mini-DisplayPort interfaces, as with previous DisplayPort standards, is the size of the physical connector. 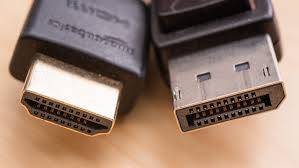 Additionally, AMD disclosed that the upcoming Samsung Odyssey Neo G9 will support DisplayPort 2.1 and have a “8K ultrawide” resolution, which is most likely 7680 by 2160

What the future of PC gaming may look like with DisplayPort 2.1 ? 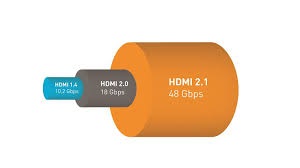 When AMD unveiled the RX 7900 XTX and RX 7900 XT GPUs, DisplayPort 2.1 became a lot more prominent topic than anticipated. It is the newest DisplayPort standard, an update to the 2.0 specification unveiled in 2019, and it makes sense to use it with next-generation GPUs. Only one flaw remains: Nvidia’s monstrous RTX 4090 continues to use DisplayPort 1.4a.

Despite the fact that the 1.4a spec is also more than adequate for the majority of users, AMD does this generation benefit from the addition of DisplayPort 2.1. No, I’m not here to convince you to switch to 8K gaming; in fact, in some regions of the world, 8K gaming may not even be feasible. However, for a group of competitor video game players and VR aficionados, DisplayPort 2.1 could signal a significant change.

This article was condensed to provide only the most pertinent details. Although VESA has not yet provided a list of all extra features, their website contains more technical details.

Since DP 2.1 can essentially have the same full throughput as Displayport 1.4 if it doesn’t enable the optional UHBR capability, it would obviously not be a VESA certified if there wasn’t any possibility for potential disinformation and confusion. People will therefore need to pay close attention to the (ideally) established DP 2.1 brought up and data speed.

The Best Review of Colocation Facility 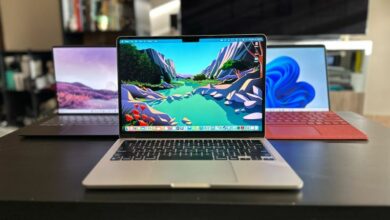 10 Tips to Help You Select the Perfect iMac